As Colin says, he is just stating his observations as an individual.

Apparently there was some sort of meeting yesterday that confirmed that about £80,000 of the £380,00 grant given by Westminster to our Council to help less affluent residents with their rent is likely to be given back to Westminster. The grant is intended to help tenants struggling with their rent - perhaps because of the (inaccurately named) "Bedroom Tax"

I don't understand all the reasons - maybe not enough claimants? (I don't recall it being extensively advertised) Or maybe the qualification criteria exclude many residents? Or perhaps our less affluent residents are too affluent?

Either way, this is surely outrageous - the money was intended for the less affluent in our communities and it is being returned.

I have copied this to local media in the hope that they can confirm the figures and maybe offer some sort of sensible explanation. But until there are proper reasons it just seems immoral to me.

I don't want to use Yoland's excellent list for politics, and of course this is not a matter for our Parish Council - it just seems wrong to me as an individual.

If I get a sensible explanation I promise to pass it on - I don't want to be unfair.

Message from Elaine at Moor Farm.

Meal choice must be confirmed on or shortly after booking

Menu is attached to this e-mail

Brrrrr! It's cold outside but it's warm in here. We are serving delicious, warming Minestrone soup today, just the thing to fend off the winter chills and served with either bread and butter or a cheese toastie. If you only want a drink then our delicious, smooth hot chocolate has got to be the choice to warm you through.
We have a bookshelf full of books for you to take away and return when you are ready, or just sit in the comfort of the tea room with a book and drink. There is also some boxed games to keep the children occupied whilst you relax.
Looking forward to your visit.
Karen

What a lovely idea from Mark Williams at the Derwen.

Please go along and support the Derwen College

Please put the attached poster on a door, gate, wall, fence or even a noticeboard near you.

You may not know that the mailing list goes out to Radio Shropshire (as well as all the rest of you) and James Bond assures me that he reads every posting.  Some of the postings are taken up by the radio such as Colin offering lifts to Baschurch for anyone not able to collect their pensions in Ruyton.

Pam Johnson, the Mailing List`s friend in Trefonen, sent a notice that the village shop was re-opening again and Radio Shropshire paid the new shop and post office a visit which was broadcast a couple of days ago.

67445 visitors by this morning.
There is even a visit from CHINA! Heaven knows why - and only one visit anyway.

Don`t forget to send me your events, lost and found, Can we help?  And anything else you would like to ask or publicise as far as Carmarthan or even China!

More news from Beth in Senegal 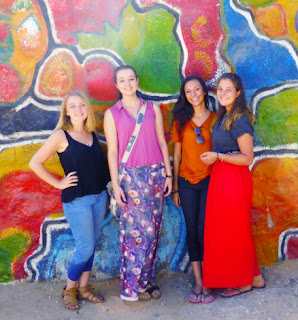 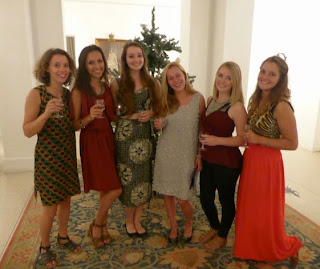 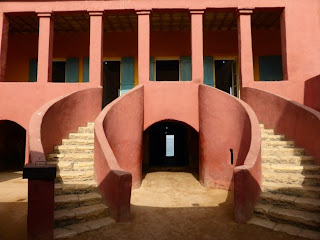 I hope Beth`s experiences encourage other local young people to do something similar and so worthwhile.
-------------

Maybe not. I'll give you some better explanations! December has by a long way been the busiest, but most exciting month of the year so far. I'm not even sure how we managed to squeeze it all in!

At start of this crazily busy month, (the 6th for those who didn't know - and if you didn't, why not.) was my birthday, and it was a great day from the offset. I woke up to cards and balloons from Charlotte, and my presents that she hadn't let me open as they arrived in the post! I'd never felt so accepted into the Wone family, as when I opened the door to a pile of presents from Amadou, Aicha and the children! Taking this opportunity to thank everybody for the cards, presents and messages I received, I'm still amazed you hadn't all forgotten about me by now! (Also shout out to my 4eme class, who the day before, managed to trick me into telling them when my birthday was, and singing me happy birthday in both English, and then, in what they told me was going to be Chinese, but was in fact just noises, but still greatly appreciated.) Charlotte and I then headed out to our favourite new find (see previous blog) where we treated ourselves to a day beside the pool, a 'Tequila Sunrice' (accident or pun we don't know, either way I think they're obsessed with rice) and got filmed for a tourism video. (This has happened to me before, in Belgium, and I'm not entirely sure how it happens!)

The 10th was a very exciting day! We all woke up (reasonably) early, and headed out to the other side of Dakar, and onto a ferry, to the historic Isle de Goree. I hope to write a blog post on this visit alone in the near future, so I won't tell all now! Isle de Goree is an important part of Senegalese history. Located on the island is a slave house - the last place where the slaves from West Africa were housed before they made the long journey to America during the slave trade period. As a history lover, the visit really appealed to me. Seeing something like this, kept in almost original state, and learning about its background really brings history to life, and it was such a fascinating insight into a period which shaped the world as we know it today.

We were delighted to be invited to the home of the British Ambassador in Dakar, for his annual Christmas Carol party. I know, how fancy. And yes. It was the single most fancy event that I've possibly ever had the honour of being invited to. We were 6 teenage volunteers, surrounded by what must have been politicians, successful businessmen and their families and even a professional tennis player who had to leave early so he could play in the semi-finals of the open the following day! The night was the first reminder that Christmas was nearing that we had had, so we all fully embraced the tinsel, Christmas trees, cheese, champagne, biscuits and piano-accompanied Carols!

Making the most of these few days off in Dakar, we followed a recommendation of a friend, and took the pirogue ride (finally!) to the tranquil Island of Ngor. We spent the day exploring the amazingly decorated buildings, andchilling on the gorgeous beach - even joining some of the locals for Attaya after they found we could speak (and haggle!) in Wolof! Later that evening, we found a huge Western supermarket, where all of the posh 'Toubabs' who can afford to live in Dakar do their shopping. Despite not being able to afford a lot, we treated ourselves to a few favourites from home. Needless to say a trip to a supermarket has never been so exciting!

Due to a few visa, erm, complications(?) the girls from Ziguinchor came to check out our crib in Joal. It was lovely to spend more time with them, and show them around the town (which in fairness, didn't take up even nearly half of the week that they stayed for) We feel so at home in Joal, and are beginning to really appreciate it's beauty, (underneath all of the litter, and the smell of burning rubbish) - we felt so proud to be able to show it off to the girls! We were also able to celebrate Susie's birthday with her whilst they were here! On the subject, she managed to, in the week that  she was here, make me excited to wake up at 6am, and go on a bike ride for 2 hours, before attending the long, all-day meetings with all of the English teachers in Joal. We saw some lovely scenery, and met some people to chat to along the way, but 6am. 6. 6am, and then school. 6.

The last week before the holidays was filled with teaching Christmas songs in Christmas themed lessons and wishing our students a Happy New Year! (whilst also gently reminding them to please glance at their English books at least a few times during their break.)

Having realised that it's now getting late, my blog is getting long and the water has just come on, that's it for this post. The end of term was not what I would normally expect of the start of the Christmas holidays. No films, hot chocolates and lie-ins for us, but so much much excitement. I think, however, that our adventures over the following 2 weeks warrant a post of their own!

It seems like ages ago now, but Happy New Year - see you all this year!

Message from Karen at Cafe Eleven.

Cafe eleven has an ever changing lunchtime menu, consisting of delicious hot paninis, cold sandwiches or 'toasties' and we serve freshly made soup on Thursdays. Children can choose from Ham, Tuna or Cheese sandwiches served with slices of apple and a drink of squash all for only £1.80.
If you haven't visited us yet, please do, you will be made very welcome and can enjoy a freshly ground coffee or a pot of tea and decide which one of our delicious homemade cakes to try.
You can follow us on facebook too ! https://www.facebook.com/pages/Cafe-eleven/778444662201931
Thank you to all our customers old and new. See you soon
Karen and David'